The Story of OFF PISTE BAR 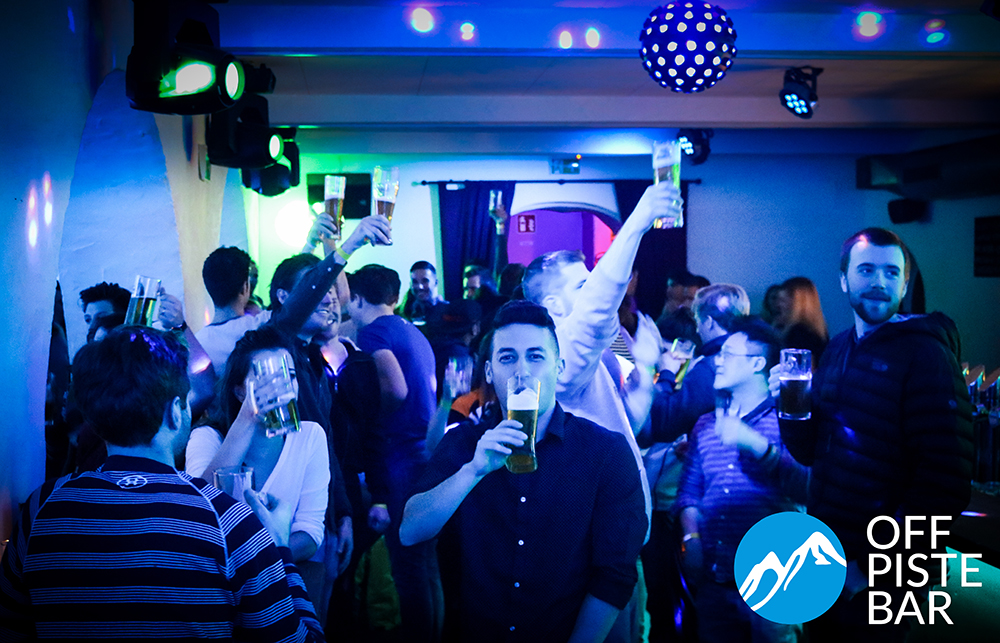 “We finished by shaking hands and left the apartment where our meeting had been held. It was a hot summer day in our hometown Göteborg, Sweden. The air was sticky and warm. But that didn’t matter. We had winter and snow in mind. We had just embarked on our journey to create The No.1 Aprés Ski bar”.

To tell the story of OFF PISTE BAR we need to begin by defining the term “aprés ski”.​ ​It is French and literally means “after skiing”. Technically aprés ski can be just about any activity enjoyed after a day spent on the mountain. However, what aprés ski is perhaps most commonly associated with is dancing on tables wearing ski boots and goggles drinking strong spirits with strange names. The concept is global and crusaders on skis and boards have spread its gospel succesfully to every little snow covered corner of the earth.

We eagerly joined the pow apostles. Spending time in the mountains had quickly become a lifestyle. Two of us turned into full-fledged seasonnaires straight after graduation. The other two transformed their white collar careers into undercover ski trip agencies taking colleagues and clients on snow excursions whenever possible. The endless longing for the steep and the deep brought us all over Europe searching for things to stomp. And for the party. We belonged to the group of snow enthusiasts who value the aprés ski as much as the actual skiing. To us the two are inseparable. Yin and yang, hand in hand. What’s the snow conditions like? When does aprés start? Equally critical questions.

And it was by asking questions that OFF PISTE BAR was born. How can we lead a life where our passion meets our entrepreneurial ambitions? The idea of an aprés ski bar came naturally and once the seed was planted there was no stopping to it. We had to pursue. The question was how? How do we create the best aprés ski bar in the world? We decided to look at the the top of the line aprés skis in the world and managed to identify three key ingredients: Live music, Austrian Gemütlichkeit​, ​Affordable prices. We had found our recipe.

Always Live
To be Always Live has become a corner stone of OFF PISTE BAR. Aprés ski demands live music. Period. The explosive energy created by a live band rocking the classics is what makes the aprés party second to none. The Live music every day is a promise OFF PISTE BAR will keep. We will always be live.

An Austrian touch
The idea of Gemütlichkeit, German for “cosziness, or a warm and welcoming atmosphere”, is as beautiful as it is vital to the aprés ski. Openness and inclusivity are key components. The Austrians in particular have crafted the art of the Gemütlichkeit and we watched and learned. Celebrating a holiday on snow should be about making new friends. Therefore, everyone will always be welcome to OFF PISTE BAR regardless of who they are or where they come from.

Great deals
Let’s be frank. Nobody likes over priced drinks. Although skiers and boarders in general tend to be rather price insensitive, especially when the aprés bell rings, there is no reason to push it. What is the point of spending all your holiday savings on one night? We would rather our guests come back every day. Welcome to an aprés ski bar with drinks everyone can afford – every day.

The first ski resort we laid our eyes on was the legendary ski resort Zell am See, Austria. The resort is renowned for its beauty and versatile skiing and there is a strong culture of aprés ski. We also knew that the newly built ski lift connection to the gigantic freeride paradise Saalbach-Hinterglemm meant that the region were serious about their expansion plans. Rumors also had it that the nearby ski town of Kaprun would too be plugged in by cable car. It is base for the epic glacier Kitzsteinhorn which is already on the Zell am See ski pass. The temptation was too great to resist. We opened the first OFF PISTE BAR in Zell am See on December 2017. Bar number two premiered in Kaprun in June 2018. The next target may very well be the newly joint neighboring backcountry collossus. That is for the future to tell us.